Historical analysis of our Christian religious freedom comes from many places. Recently, we heard some of Pope Benedict’s analysis of European development. While there are significant differences between Europe and the USA, the USA tends to follow Europe’s direction just as the east coast follows the west coast’s direction. It may take a while, but our culture does just that. Below is an excellent analysis which addresses Muslim immigration coupled with Europe’s current malaise.

Freedom of religion is vastly different from freedom from religion.  Most Americans believe the two freedoms are necessary for our cultural life. Yet today freedom from Christian religion has become a preferred life style.

One great difference between Europe and the USA is that more Americans than Europeans embrace alternate spiritualities in place of secular life styles.  Both are dangerous challenges to Christianity. Samuel Gregg’s analysis is essentially the same as that of Benedict XV I’s, but from a scholastic viewpoint. 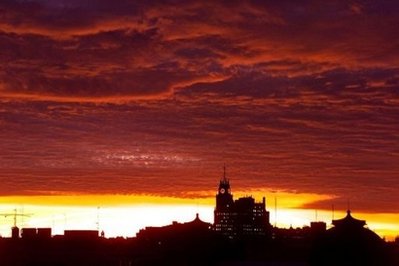 It’s not often senior European political leaders make politically-incorrect statements, but Germany’s Chancellor Angela Merkel has recently made a habit of it. The subject has been the touchy question of Muslim immigration and the challenges it poses for European identity. Not only has Merkel upset the European political class (especially the Left and the Greens) by saying what everyone knows—that multiculturalism has “utterly failed”—but she also argued that the issue was not “too much Islam” but “too little Christianity.”

“We have too few discussions about the Christian view of mankind,” Merkel claimed in a recent speech. She then stressed that Germany needs to reflect more upon “the values that guide us, about our Judeo-Christian tradition.” It was one way, Merkel maintained, of bringing “about cohesion in our society.”

On one level, Merkel is surely stating the blindingly obvious. How can Europeans ask Muslim immigrants to integrate into European society and respect European values without Europeans themselves being clear in their own minds about what values are at the core of European identity and where these values come from?

And as much as significant portions of European society would like to deny it, it’s simply a historical fact that the idea of Europe and European values such as liberty, equality before the law, and solidarity did not suddenly appear ex nihilo in the late seventeenth-century with the various Enlightenments. Central to the formation of European identity and such values was the synthesis of Athens, Rome, and Jerusalem achieved by Christianity following the Roman Empire’s collapse in the West in 476 A.D.

Indeed there’s plenty of evidence that the antecedents of most of the various freedoms and genuine achievements of the various Enlightenments are to be found in Christianity. There is increasing recognition, for example, that the idea of human rights was first given concrete expression by medieval canon lawyers.

Yet it is hardly a secret that the Judeo-Christian heritage sits very loosely on many European societies. We find this in a type of secular-fundamentalism—exemplified by Spain’s current Socialist government—that has become fashionable among sections of the European Left. But the ambiguity also manifests itself in the persistence of historical legends that diminish, distort, and denigrate Christianity’s contributions to European civilization.

A good example is the mythology of the so-called “Dark Ages” that permeates popular and elite discussion of European history. Most of the moral, political, and legal foundations of modern market economies, for instance, were established in Europe well before the sixteenth century. Likewise the scientific method was born in the Middle Ages. Medieval thinkers such as Albertus Magnus made crucial contributions to the development of the natural sciences. Yet despite these facts, many persist in claiming that market economies are essentially a post-Enlightenment phenomenon, or that Christianity is essentially “anti-science.”

But the problem is not only with secular opinion. Since the 1950s, many European Christians have gradually reduced their Christian faith to a vacuous humanitarianism worthy of the best EU-funded NGO. One difficulty with “liberal Christianity” (or whatever’s left of it) is that it isn’t especially interested in affirming any Christian values that go beyond sentimental platitudes about tolerance and equality which are routinely emptied of any specific Christian content. It’s goodbye Thomas Aquinas, hello John Rawls.

This makes it even more ironic that increasing numbers of secular European thinkers believe Europe can only reinvigorate its distinct identity and values through reengaging its Judeo-Christian heritage. This is certainly the conclusion of one of Germany’s most prominent intellectuals, Jürgen Habermas.

A self-described “methodological atheist,” Habermas has been insisting for some time that Europe no longer has the luxury of wallowing in historical denial. As Habermas wrote in his 2006 book, A Time of Transitions: “Christianity, and nothing else [is] the ultimate foundation of liberty, conscience, human rights, and democracy, the benchmarks of western civilization. To this day we have no other options. We continue to nourish ourselves from this source. Everything else is postmodern chatter.”

It follows that any serious discussion of Europe’s Christian values in the context of contemporary immigration and identity debates will require many Europeans to go beyond their often-truncated understandings of European history and Christianity. There’s something paradoxical about this being facilitated by the increasing numbers of Muslims living in Europe. But such an engagement is arguably being made even more urgent by the economic reality that Europe will need even more immigrants if its present demographic winter persists for any significant period of time.

What Chancellor Merkel herself understands by “the Christian view of mankind” was not clear from her remarks. Nor is it evident that particular Christian ideas are always compatible with some Muslim positions. Despite the interfaith babble to the contrary, there are some fundamental theological differences between Christianity and Islam, many of which have implications for subjects ranging from religious liberty to the nature of the state. Merkel, however, is undoubtedly correct to insist that any discussion of immigration in Europe should involve Europeans worrying a little less about Islam and paying far more attention to knowing the truth about their own heritage and Christianity’s place in it.

The truth doesn’t just set us free. There’s no future without it.

Dr. Samuel Gregg is Research Director at the Acton Institute. He has authored several

books including On Ordered Liberty, his prize-winning The Commercial Society, and Wilhelm Röpke’s Political Economy.