MONSIGNOR. THREE PRIESTS, AND A LAYMAN STAND TOGETHER IN THE DOCK 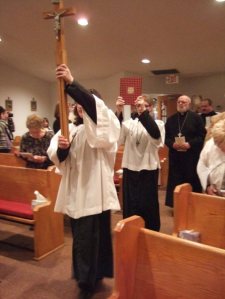 In recent years my order The Missionary Society of St. John, like every other religious organization to my knowledge, has increased our serious and strict personal conduct codes, especially in the sexual behavior areas. No one wants the epidemic of sexual misbehavor to spread to their group.

The trial mentioned below by the Boston Globe, is a first for the USA in its charges. It especially highlights the culpability of religious leaders in covering up/hidding such behavior on the part of their subordinates.  Cleaning up long standing habits and procedures is no easy matter, but conduct standards must be clean and transparent. God bless those who meet this challange.

PHILADELPHIA  – A monsignor who is the only US church official ever charged with transferring pedophile priests to unsuspecting parishes will be tried alongside three priests and a lay teacher accused of rape, a judge ruled yesterday.

Common Pleas Judge Lillian Ransom denied most pretrial requests made by Monsignor William Lynn, two current priests, a former priest, and a former Catholic school teacher. The men wanted their cases tried separately and asked for many of the charges against them to be dismissed.

Lynn, 60,  is charged with conspiracy and child endangerment for allegedly transferring priests he believed to be pedophiles. Lynn, who served as secretary of clergy from 1992 to 2004 under former Cardinal Anthony Bevilacqua, is the only US church official ever charged for his administrative actions in the sex-abuse scandal.

The four others are charged in the same criminal case with raping boys in their care. Three of them are accused of raping the same child, starting when he was a 10-year-old altar boy in 1999, according to a scathing grand jury report released in February that blamed  the church for knowingly harboring priests who  abused children.

The Rev. Charles Engelhardt, 64, and former priest Edward Avery, 68, are accused of raping the boy in the church sacristy. Prosecutors say former sixth-grade teacher Bernard Shero, 48, raped him during a ride home from school. The fourth defendant, the Rev. James Brennan, 48, is accused of raping a 14-year-old boy in 1996.

Yesterday, the judge dismissed only the conspiracy charges involving Shero, saying prosecutors failed to prove he was in collusion with Avery and Engelhardt. Lynn’s attorney, Thomas Bergstrom, objected to the judge’s refusal to dismiss felony child endangerment charges against his client and the  refusal to separate his trial from the others, saying the monsignor had no children under his supervision and therefore cannot be guilty of endangering them. Bergstrom asked the judge for certification to appeal to a higher court, which she denied.

If found guilty of the two charges, Lynn could face  up to 28 years in prison.