All is not easy for some who  wish to cross the Rubicon to Rome. TAC (Traditional Anglican Church) Bishop Moyer’s superior, Archbishop Hepworth also was denied. Each could only enter the Catholic Church as laymen.

Rome has a complex, and sometimes seemingly contradictory, body of Church law.  Much rests with the local diocese which may derail non Catholics in their desires to join Rome. Things desired may not transpire in spite of our great efforts. Good to remember this.

Traditional Anglican Communion (TAC) Bishop David Moyer has been denied ordination into the Roman Catholic Church by Msgr. Jeffrey Steenson, the Ordinary of the Personal Ordinariate of the Chair of St. Peter. Citing a number of unresolved issues, he informed Moyer of his decision when he addressed the congregation of the Blessed John Henry Newman parish of Bishop Moyer last Sunday.

“The issues we have been dealing with only pertain to the question of ordination,” Steenson told Virtueonline. “I informed the congregation of the possibility of partnering with St. Michael’s whose rector, the Rev. Dr. David Ousley and congregation is in discernment and study. He is in the formation program.”

Moyer received a nulla osta (no impediment) from the Congregation for the Doctrine of Faith in early November 2011. However, the local Catholic bishop has to give a votum for someone who resides in his diocese. Archbishop Charles Chaput declined to give Moyer his votum to proceed toward ordination in the Catholic Church.

This was reaffirmed and confirmed by the visit last Sunday of Steenson who told Moyer he could only be received as a layman. It is not known at this time what the congregation will do. Moyer’s leadership now hangs in the balance. Moyer was pinning all his hopes on entering the Roman Catholic Church under the Ordinariate that would have enabled him to retain certain Anglican liturgical practices. 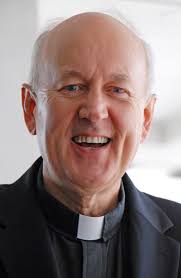 “I told the people on Sunday that they must follow their conscience on the question of coming into full communion with the Catholic Church. Lumen Gentium 14 (the Vatican II constitution on the Church) makes this a matter of salvation: ‘Whosoever, therefore, knowing that the Catholic Church was made necessary by Christ, would refuse to enter or to remain in it, could not be saved. So, even if the Fellowship was not ready to make this decision, if an individual was convinced about what the Catholic Church teaches about herself, he or she should not be afraid to move forward.

“Catechumens who, moved by the Holy Spirit, seek with explicit intention to be incorporated into the Church are by that very intention joined with her. With love and solicitude Mother Church already embraces them as her own.'” (LG 14),” Steenson told VOL.

Moyer has had years of litigation and authority issues that have cast a long pall over his priesthood. Moyer was inhibited for not allowing the apostate Bennison to preach and administer the sacraments at Good Shepherd. Bennison rejected this. He insisted on ministering to the parish. In 2005 Moyer was ordained a bishop in the Traditional Anglican Communion.

Hepworth now faces ouster as Primate and archbishop when the TAC House of Bishops meets next week in South Africa.

Moyer still faces a lawsuit from his former friend and attorney, John H. Lewis, for fraud following a failed malpractice lawsuit brought by Moyer and several laymen at Good Shepherd. The Church of the Good Shepherd is also undergoing an audit of its books.

Regarding Moyer, Steenson said he hoped that through his efforts to bring reconciliation and contrition, these impediments would be removed someday. At this time, he cannot be ordained in the Catholic Church.

At one point in his career, Steenson was the rector of Good Shepherd. He told VOL, “I was impressed with the Fellowship, and it was wonderful to meet people I had not seen for 22 years.”

The blog of a retired Anglican priest (MSJ), his musings, journey, humor, wonderment, and comments on today's scene.
View all posts by Fr. Orthohippo →
This entry was posted in Anglican, catholic, Uncategorized and tagged Anglican, authority, catholic. Bookmark the permalink.