What the takeover of a nation’s public schools can mean

An American firm is supplying Saudi Arabia’s public school system with an adjusted “Common Core” type educational program.  It will be in every public school, and contains definitions which Christians and Westerners find repulsive.
Fr.Orthohippo
You are here: Home / From the Blog / MERCEDES SCHNEIDER: The Statistician / A DC Response on My Pearson-Saudi Arabia Post

On December 28, 2014, I wrote a post about the Pearson ingratiation and subsequent takeover of the Saudi Arabian education system.

I also cross-posted my piece on December 29, 2014, on my Huffington Post blog.

On December 29, 2014, I heard by email from The Gulf Institute Media, Institute of Gulf Affairs, in Washington, DC.

Someone from Gulf Institute Media sent me an opinion piece written by Gulf Institute Director Ali al-Ahmed and originally posted on November 26, 2010, in The Guardian.

In it, al-Ahmed maintains that the Saudi textbooks are conduits for chilling, destructive messages. Here is an excerpt:

One of that most disturbing messages offered by the textbooks is that slavery is legitimate, and that young children can be married by their fathers to adults or other children. Child marriage is legal in Saudi Arabia and girls as young as four have been married in Saudi courts. To understand the mentality of these texts’ authors, you need to wonder why there is not a single photo of a living being throughout the entire 12 years of educational text that I have reviewed. The authors believe that photography is polytheistic, and they make that clear in several lessons dedicated to such teachings.

The email included no message, only the above article in full text.

I wholly agree that such messages need to be expunged from Saudi textbooks and replaced with those that foster value and respect for all human beings.

Pearson is a profit-driven international corporation. Pearson will exploit the Saudi education system in its vulnerable condition. When Pearson sees the Saudi “youth bulge,” Pearson sees dollar signs well into its education-system-devouring future.

Saudi Arabia could have contained Pearson by contracting with it– or any other textbook company– for a national textbook overhaul without handing its entire education system over to Pearson.

Frankly, given Pearson’s declared desire to embed itself in a nation’s education system, my best advice is to avoid Pearson all together.

Note that Pearson’s “plan” for Saudi Arabia mimics the Common Core State Standards (CCSS) experiment in the USA– an experiment that Pearson is literally banking on for profits.

Furthermore, Pearson’s profit drive has the company in a heap of trouble, including FBI investigation.

The sender of the Gulf Institute email included no explanation with the al-Ahmed article. However, it seems that the message is, “Well, a Pearson-directed national education system is better than what we have now.”

Such a message is not one of bright opportunity for the Saudi people. It is one of settling for the profit-driven parasite that bored into vulnerable Saudi skin, only to fester and propagate its own self-serving agenda at their unfortunate, long-term expense.

It is not too late for Saudi Arabia. 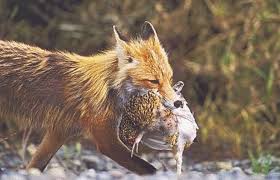 Schneider is a southern Louisiana native, career teacher, trained researcher, and author of the ed reform whistleblower, A Chronicle of Echoes: Who’s Who In the Implosion of American Public Education